Adventurer. As a child, my BMX bike wasn't just for jumping curbs and pulling catwalks. It gave me the freedom to explore the streets of my town. Later, I replaced my bicycle with a red 1975 Chevrolet Impala that lumbered down the gravel roads and highways of Saskatchewan. The world really opened to me after high school when my uncle Mitch encouraged me to travel to Burkina Faso, an exotic country in western Africa bordering the Sahara Desert. With that African adventure, my passion for world travel was ignited.

Obsessed with discovering our planet, I spent two years trekking in foreign countries.

I hiked in the mountains of China then crossed Korea several times, fly fishing along the way. I also fell in love with the Koreans' spicy cuisine. While in Nagasaki, I studied the consequences of atomic warfare and developed a deep respect for the sincere kindness of the Japanese. Next, it was off to the open grasslands of Asia where I was fascinated by the similarity between the traditional lifestyle of Canadian First Nations and the indigenous people of Mongolia. For a time, I lived out of a station wagon while circling Tasmania, a land of contrasts where jagged peaks give way to waterfalls and ferns dripping with mist.

There is still so much to experience: an Argentinean BBQ, lava flowing at night in Hawaii, the Sistine Chapel, the sound of wolves howling in the Arctic…

It might surprise you to learn that canoeing isn't my favourite hobby. Fly fishing is the oxygen of my soul. ​

Speaker. As a speaker, I blend my experience in journalism to my hobby of storytelling. The result is an ability to impart my ideas clearly and with humour. Audiences feel entertained and inspired to learn more.

I have presented extensively at schools, colleges, small businesses, corporations and conventions.

Some examples of my presentations are:

-Canoe to New Orleans: This is the story of my canoe trip, but with an emphasis on how to set and achieve goals, how to overcome fear, cope with loss and create positive self-talk. Canoeing teaches important skills that help us to lead fulfilling lives.

-The Past is Present: As Canada’s last World War One veteran, John Babcock had a unique ability to contrast our modern era and the traditional one he volunteered to defend. I interviewed him before he passed away at 109. My presentation shares what he believed was required to be a good global citizen and it describes his thoughts on the influence of ideologies.

International travel, the health of our rivers, the fur trade economy, teaching languages and journalism are some of the other subjects I present about. 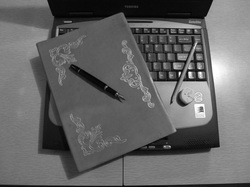 Author. Becoming an author is the realization of a life-long goal, one I will pursue with either a novel or a manual on the best places to hide to scare people. Ashes on the Great Water is my first book.
​
My experience writing professionally began in 2007. As a journalist, I've reported on current events in politics, sports, agriculture, outdoor adventure, travelling and culture. The list of prominent Canadians I have interviewed includes Lieutenant-General Romeo Dallaire, Olympic medallists Silken Laumann and Mark Tewksbury as well as hockey great Theo Fleury.

My work has been published in newspapers and magazines across Western Canada. I write in English and French. 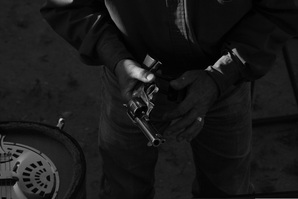 Click on image to view my photo gallery
Photographer. I feel fortunate that we learned photography in elementary school. That set me on a path I continue to follow.

One of my latest projects was to photograph the aftermath of the Fort McMurray Wildfire that consumed 2,400 of the city's structures and burned 1.5 million acres of boreal forest.

I'm most interested in nature photography, specifically sunsets, but animals, landscapes and frost I all find particularly fascinating.

Photographs of mine have appeared in numerous Canadian publications.
​